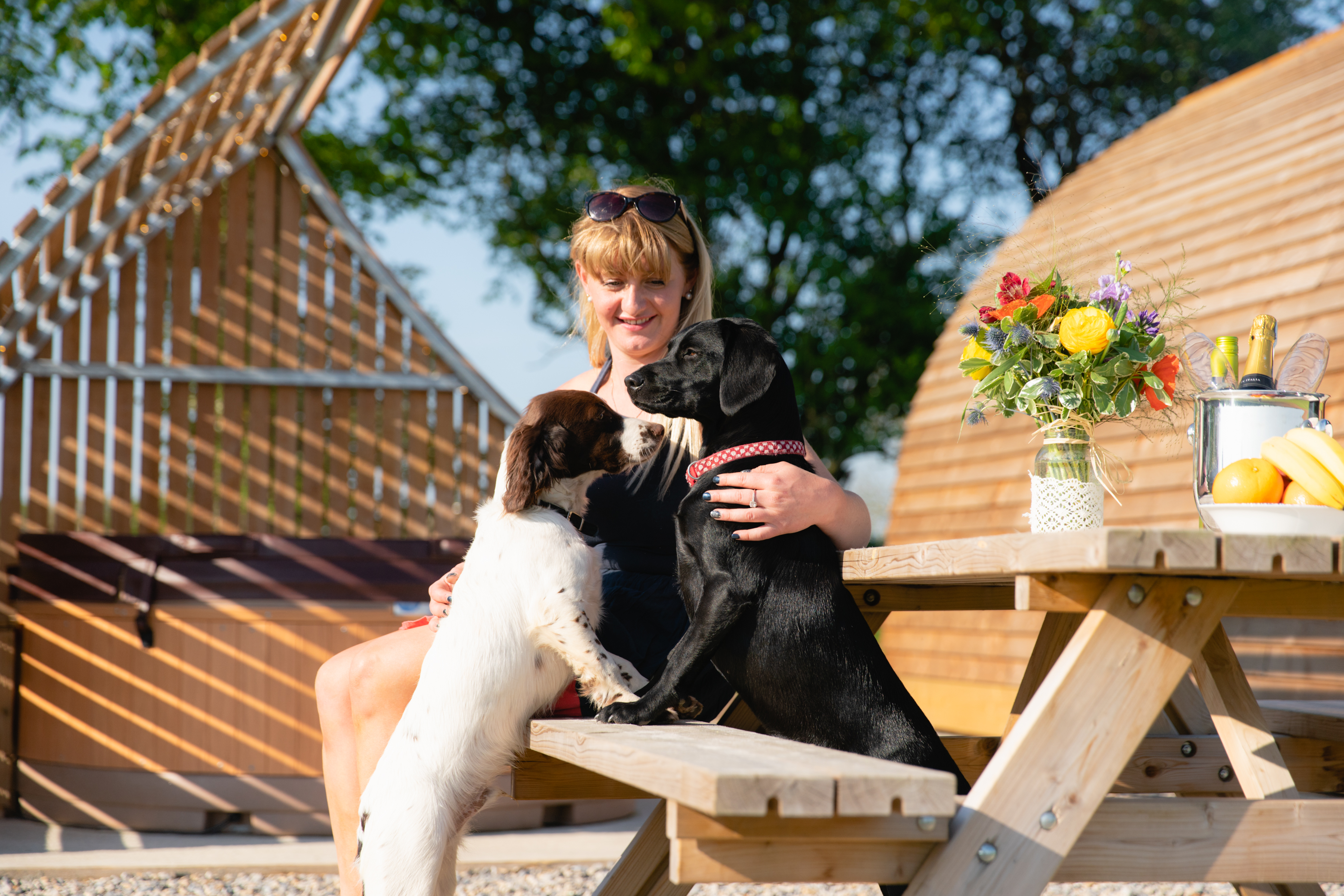 When we opened the car doors again, we were in the most amazing smelling place I’ve ever sniffed in all my life. My person attached the adventure rope to my collar and we went to go see the den we’d be sleeping in. It had everything I’ve ever wanted: a fire to sleep by, a bed to sleep on, some decking to sleep on, some grass that I could also sleep on, and my person and his new friend.

The three of us went on the best walk ever into the forest. I saw four squirrels and two snails, and I almost caught a butterfly, but it was too fast. I sniffed all the nice people we came across on the path and most of them even gave me scratches behind my ears. A group of tiny people with their owners came up and they all gave me belly rubs. Tiny people are the best because they’re at just the right height for me to lick all their faces. 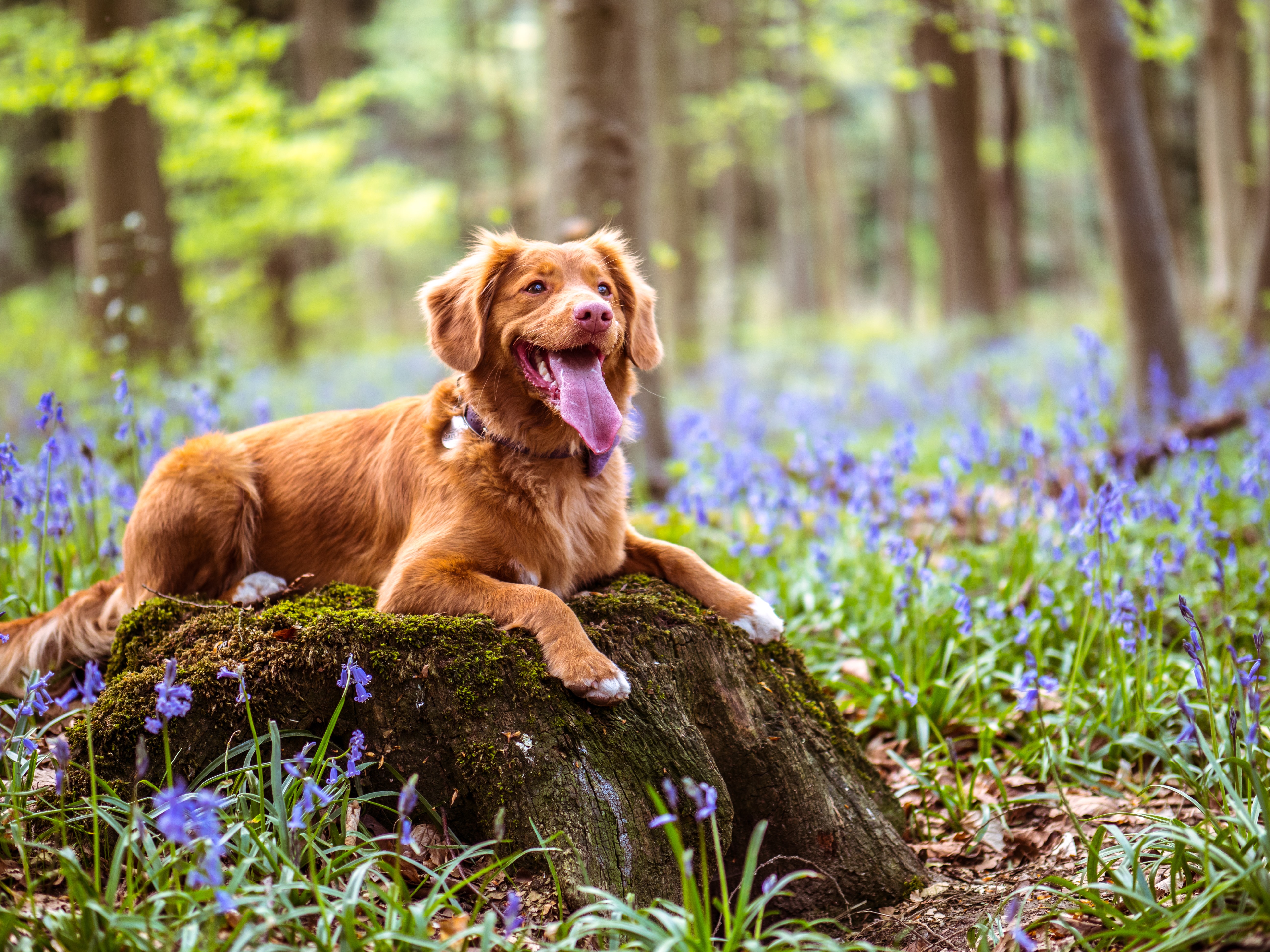 When we were walking back, my person picked up after me with his magic picking up bags. I still don’t know what he’s collecting all my droppings for but he never forgets to do it.

We went back to our big, warm, wooden den and my person put some of that amazing smelling heavenly stuff they call bacon over the fire. He said he wasn’t going to let me have any of it, but his special new friend who smells really nice gave me some after I begged her. I hope she stays in our pack all the time. The two of them got in the hot tub next to our cabin, but I don’t like baths so I curled up next to the warm fire and watched the birds fly by.

When all the stars had been out for a long time, we went inside our new cosy den. My person said I should sleep on the couch, but we negotiated and I’m sleeping in between him and our new friend instead.

I hope we stay at our new warm, wooden den forever. 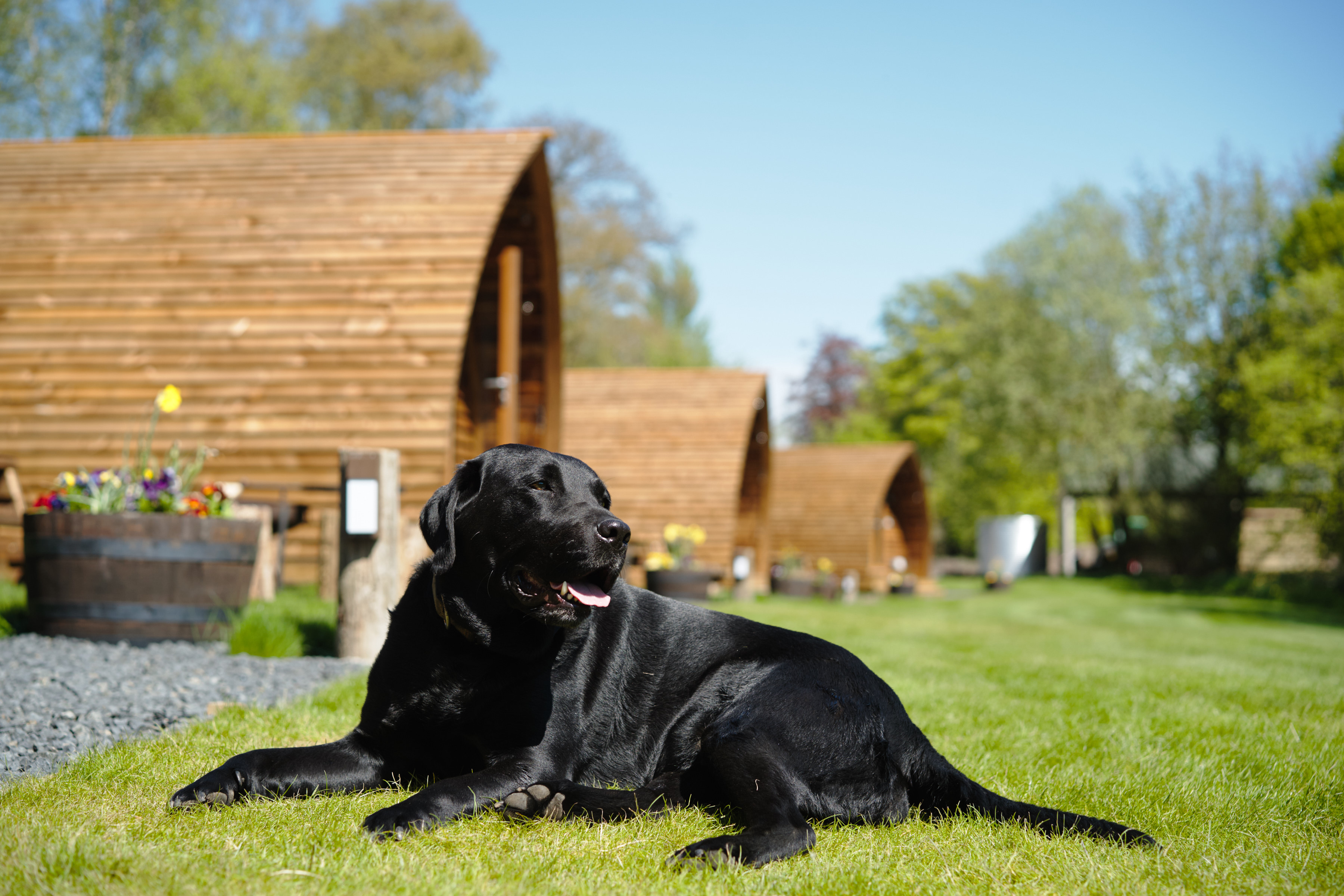