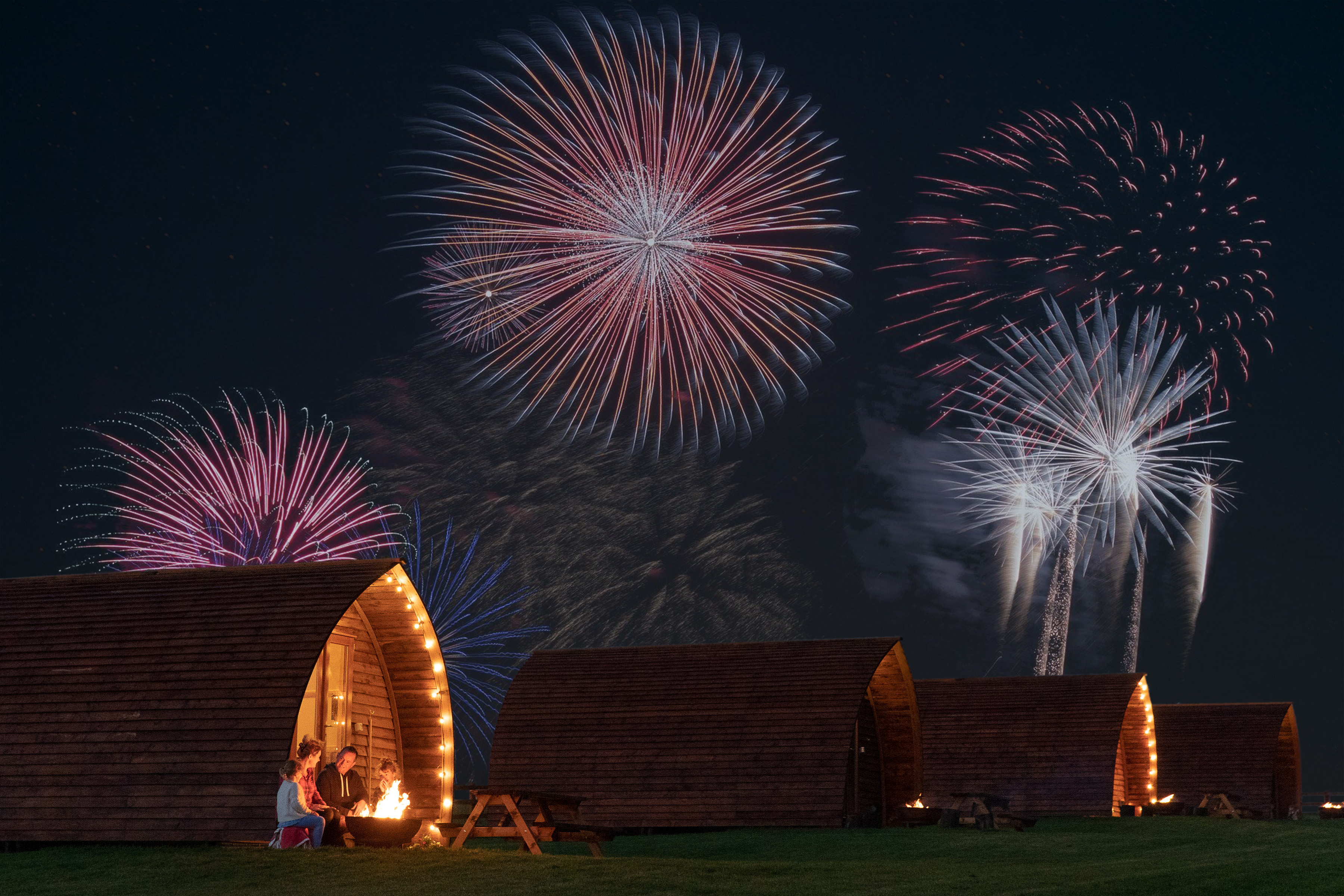 Fireworks Night is a night rich in history. In 1605, Guy Fawkes tried to blow up the Houses of Parliament with thirty-six barrels of gunpowder and ever since, we’ve been happily celebrating the fact that he didn’t. The nature of the celebration has changed a great deal over the course of the last 416 years, but the spirit remains. We know all that, though. What else is there to find out about fireworks? Have we always been marking our momentous occasions with big starry explosions in the sky?

Believe it or not, the first time England ever had a fireworks display was in 1486. Henry VII was marrying Elizabeth of York, and they set off a massive fireworks show to honour the event.  Because fireworks traditionally are full of gunpowder, it became customary to celebrate the day with those instead. Also, they’re much more fun to watch than some powder burning.

Hundreds of years later, during World War I and World War II, lighting bonfires and setting off fireworks was banned so as not to show enemy aircrafts where the population was residing. This was part of an act of parliament called The Defence of the Realm Act, made in 1914. Funnily enough, though no fires or displays were allowed, NOT celebrating Bonfire Night was illegal until 1959. This meant everyone was legally required to celebrate Fireworks Night indoors, and with no fireworks.

Though we may worry about the safety of fireworks, the gaiety of the day lives on in all sorts of different ways. There’s sparklers, bonfires, treats, and general fun to be had. As Fireworks Night always occurs on the fifth of November, the food and merry-making often takes on a harvest-centered and autumnal theme.

It’s the perfect time to finally say goodbye to the long, idyllic days of summer and welcome the cosiness of darker months. We can pull out our thickest woolly jumpers and start baking gooey treacle treats again. It’s a time for music, making memories with family, and going to funfairs. Halloween has come and gone and Christmas is starting to loom around the corner.

It only seems appropriate to approach the year’s slowing in autumn with some celebration; summer may be fun, but it’s hectic trying to make the most of every sunny day you’re handed. It feels good to know some cosy times by the fire are just around the corner, and there’s plenty of wonderful ways to celebrate.

Whether it’s sparklers or apple orchards, we all have our traditions. Personally, my favourite part of the harvest season is the food. Sitting on a log, staring at a campfire, and trying not to lose teeth to a toffee apple is a perfect way to spend a cool November evening.

Why not have your next Fireworks Night celebration at a Wigwam site? Make some Bonfire toffee, set the kids up with some sparklers, and sit around a big firepit. You can bring all the comforts of home with you to the outdoors, and watch some fireworks under the stars. They say it’s a much better view without all the light pollution anyway.